16th of September in Sofia, Bulgaria @ Derida Dance Center
“SHORTCUTS TO SPONTANEITY”
A lecture about the relation between acting and directing for film 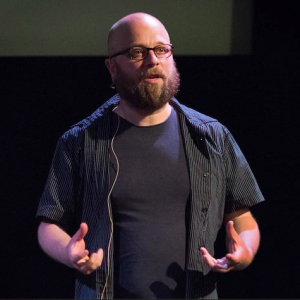 In this short lecture Dutch filmmaker Fedor Sendak shares his ideas about reaching spontaneity in film acting and the cooperation between film directors and actors.

The use of spontaneity in acting is often misunderstood. My short lecture aims to look at what an extraordinary activity acting is and  explores what non-actors might gain from various acting techniques. True emotions can not be planned, and by its nature, spontaneity never occurs on demand. In fact film actors and directors need to work around this paradox: the harder you try, the less spontaneity you get. Meanwhile acting is one half of the inseparable pair of acting and directing as without a director present, an actor is still directed,  albeit by themselves. Being material, creator and tool at the same time, actors have learned to deal with certain problems of creativity in  unique ways. These specific creative insights of acting professionals might have significance beyond acting for all those working in the  creative field.

After a short presentation based on the Master-research of the speaker, you are invited to share your thoughts.

Derida Dance Center is located on 245, Blvd. Slivnitsa, 4th floor (the building hwere is located the ART 93 company).
The address of the dance center is close to the Lion Bridge ( Luvov Most and the new metro station).
For reference you can use the Sofia School of Tourism, which is located on the opposite side of Blvd. Slivnitsa. Read more: http://derida-dance.com/qs/en/contact-us#ixzz4JIWpWP2K 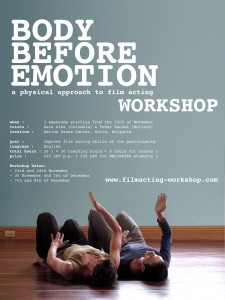